The edition of the Book of Common Prayer found in our pews at Holy Cross parish contains both the 1662 and 1928 Eucharistic liturgies, as well as elements from the 1662 Prayer Book that were not included in the American edition, such as the Athanasian Creed and the Commination for use on Ash Wednesday. There are also prayers for the Queen, the Royal Family and for government officials in Canada because this edition was designed for use in both American and Canadian parishes.

While various national Churches of the Anglican Communion have often adopted revised versions of the English 1662 Book of Common Prayer for use in their particular countries and cultural settings, the 1662 Prayer Book remains the touchstone of Anglican faith and practice. Why? Because our worship both reflects and teaches what we believe, and every national edition of the historic Book of Common Prayer is but a modest adaptation of the 1662 Prayer book. I hope you will read this article. You will learn a lot and will be blessed! 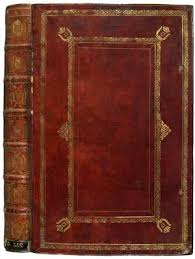 This year marks the 350th anniversary of the 1662 Book of Common Prayer, a testament both to its beauty and scriptural basis, writes Christopher Bantick.

Besides this being a notable commemorative year in itself, the Book of Common Prayer or more familiarly known, the Prayer Book, has remained as the mainstay of Anglican church services. While the 1662 edition of the Prayer Book, in its pure form, may be reserved for particular services, later manifestations of Anglican Church orders of service, look back to the Book of Common Prayer. It is a foundation stone of worship.

The maintenance of the Prayer Book for 350 years is a remarkable achievement. On one level one could say that this is because there has been nothing that comes close to its magisterial language and the inclusion of Scripture as a feature of corporate worship. Yet, on another level, the Prayer Book is a reflection of "orthodoxy, dignity and beauty in the Church's worship," as the Prayer Book Society puts it.

The historical antecedents of the 1662 edition are grounded in the vision of Thomas Cranmer who compiled the first Prayer Book in 1549 before it was revised in 1662. Even so, while the Prayer Book is enshrined in Anglican services, to a lesser or greater extent, after the Bible, it happens to be the most often cited book in The Oxford Dictionary of Quotations. The Prayer Book is therefore not just apposite for church worship either. Many quotations have entered into literature and have been influential on everyday speech.

So much of an influence is the Prayer Book that a book such as Frank Colquhoun's Prayers that Live has an extensive section based on the Prayer Book and its inclusion of Collects. Add to this the fact that the Book of Common Prayer appears in over 50 countries and is in over 150 languages.

"Traditional Lutheran, Methodist, Presbyterian prayer books have borrowed from the Book of Common Prayer, and the marriage and burial rites have found their way into those of other denominations and into the English language. Like the Authorised King James Bible and the works of Shakespeare, many words and phrases from the Book of Common Prayer have entered popular culture," as the Prayer Book Society notes.

Significantly, the version of the Prayer Book published in 1549 was the first prayer book to contain the forms of service for daily and Sunday worship in English and importantly, it included morning and evening prayer, the Litany and the Holy Communion.

Beyond this, there is another particular feature. According to Derek Wilson's book, The People & the Book:

"The Prayer Book was itself saturated in Scripture. The preface to the new book clearly stated that nothing was to be read in the services 'but the very pure word of God, the holy Scriptures, or that which is evidently grounded upon the same.'

"In the same preface Cranmer pointed out why the Book of Common Prayer was necessary. In the early church Cranmer urged:

"...the congregation should (by often reading and meditating on God's Word) be stirred up to Godliness themselves, and be more able to exhort others by wholesome doctrine, and to confute them that were adversaries to the truth. And further, that the people (by daily hearing of Holy Scripture read in church) should continually profit more and more in the knowledge of God, and be more inflamed with the love of true religion." Perhaps more simply, The Oxford Dictionary of the Christian Church, Edited by F.L. Cross and E.A. Livingstone, makes this comment on the longevity of the Prayer Book.

"The book was compiled originally through the desire of Cranmer and others to reform, simplify, and condense the Latin services of the medieval Church and to produce in English a single, convenient and comprehensive volume as an authoritative guide for priest and people.

"In 1548 Cranmer discussed the draft of a new Prayer Book with a conference of scholars, and in 1549, Parliament had the 'First Prayer Book of Edward VI printed and by the first Act of Uniformity, enforced it as the national use." But it was not for some entirely welcome, as Derek Wilson makes clear:

"Only in the south-west did confusion and frustration manifest itself in the so-called Prayer Book Rebellion of 1549. The name is misleading, for there were deeper motives for the revolt arising out of economic distress and social change. But to the simple peasants of Devon and Cornwall, all the evils of the age seemed to be summed up and symbolised in the new services."

Their cause ended with disaster, as Wilson says:

"The movement, though it caused several anxious weeks, was ill-conceived, ill-led and doomed to failure. It crumpled in August before the ponderous brutality of a large force led by Lord Russell. Thousands of rebels were massacred, martyrs to a cause they scarcely understood."

While there have been further proposals for reform most notably in 1689, the 1662 Book of Common Prayer has, "remained almost unchanged," as The Oxford Dictionary of the Christian Church notes. Why?

The answer to this is relatively easy to give. The Book of Common Prayer is peerless in its embodiment of the Scriptures as an integral and mandatory part of Anglican Church services. I have before me a very well used and well-worn leather bound family Book of Common Prayer. The pages fall open at the orders of Morning and Evening Prayer and Communion. Here is the touchstone of faith, the structure of individual and collective worship and the daily observance of the Scriptures.

One is immediately at home with the 1662 Prayer Book as the Collect resonates with the irreplaceable words: "Almighty God, unto whom all hearts be open, all desires known..."

A favourite selection from the prayer book, by Christopher Bantick

The Vesper Collect:
"Lighten our darkness we beseech thee, O Lord; and by thy great mercy defend us from all perils and dangers of this night; for the love of thy Son, our saviour Jesus Christ."

The Lenten Collect:
"Almighty and everlasting God, who hatest nothing that thou has made, and dost forgive the sins of all them that are penitent: Create and make in us new and contrite hearts, that we worthily lamenting our sins, and acknowledging our wretchedness, may obtain of thee, the God of all mercy, perfect remission and forgiveness; through Jesus Christ our Lord"

For Fair Weather: "O Lord God, who hast justly humbled us by thy late plague of immoderate rain and waters, and in thy mercy hast relieved and comforted our souls by this blessed change of weather; We praise and glorify thy holy Name for this thy mercy, and will always declare thy loving-kindness from generation to generation; through Jesus Christ our Lord." Amen

The Visitation of the Sick: "O Saviour of the world, who by thy Cross and precious Blood hast redeemed us, Save us, and help us, we humbly beseech thee, O Lord."

The Communion:
Priest: "Let us give thanks unto our Lord God." Answer: "It is meet and right so to do."


Christopher Bantick is a Melbourne writer and Anglican layman.

Fr. Victor E. Novak
Ralston, Nebraska, United States
Fr. Victor Novak is the pastor of Holy Cross parish, located in the Ralston suburb of Omaha, Nebraska. Our address is 7545 Main Street, Ralston, Nebraska 68127. Holy Cross is an Orthodox Bible-believing congregation, and is pre-denominational. Our cultural, liturgical and spiritual heritage and patrimony is English, Celtic and Hebrew, and our roots go back to the ancient Christian community in the British Isles which was evangelized nearly 2,000 years ago when the Gospel was taken to Britain directly from Jerusalem in 37 CE by Joseph of Arimathea and his companions. Our mission is to proclaim the Gospel of the Kingdom of God, teach the faith which was once delivered (Jude 3) in the first century, and prepare a people for the coming of the Lord. Everyone is invited to worship with us, and visitors are always welcome. We are a faithful and friendly congregation, and we have a place for you!